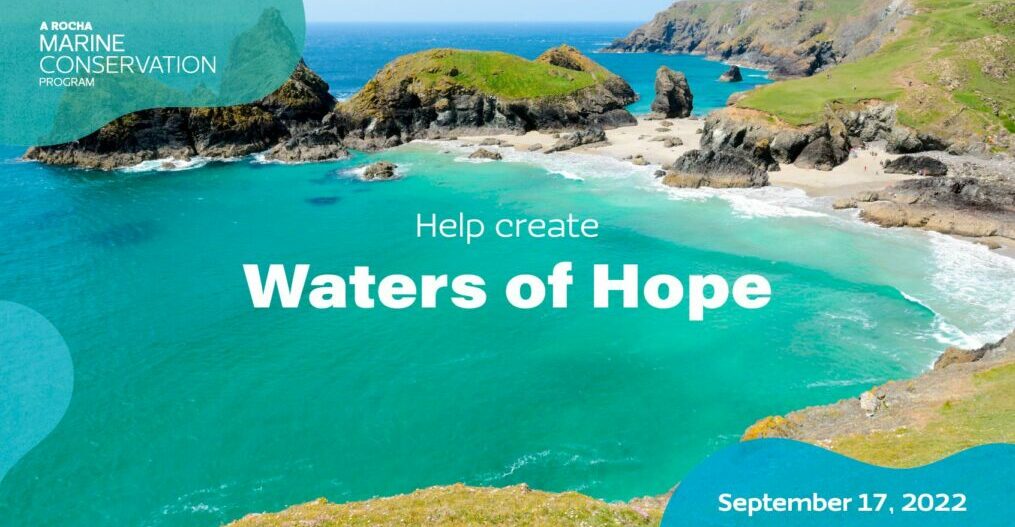 Join A Rocha USA in the world’s largest volunteer effort to remove trash from waterways. Founded by the Ocean Conservancy, International Coastal Cleanup Day mobilizes over 200,000 people every year to restore beaches and waterways. Join The Marine Conservation Program as we reduce plastic pollution and create waters of hope this September 17th.

Water makes up over 70% of the earth’s surface and with an estimated eight million tons of plastic ending up in our waterways every year, plastic pollution is one of the greatest threats to our marine ecosystems. Researchers find plastic in Arctic waters, Antarctic ice, deep ocean trenches, and everywhere in between.

“Science is showing us that how we interact with plastic has significant negative consequences for people and places,” said Dr. Robert Sluka in a talk entitled The Global Plastic Problem.

In effect, not only does cleaning up plastic pollution bring beauty to places, it promotes healthy habitats. This is critical to the ocean’s biodiversity and resiliency to the impacts of climate change. However, plastic pollution also affects humans.

Sluka goes on to explain that plastics do not biodegrade but they can break down into microplastics, which are defined as plastic less than five millimeters in size. These microplastics have been found in our food chain—not only in sea life, but in soil, plants, and animals as well. The human health effect of consuming microplastics is unknown but disproportionately affects developing countries, states Sluka.

“As we restore beaches and other habitats to what they are meant to be, animals and people will flourish in a world God created beautifully,” said Sluka.

There are three ways you can get involved in International Coastal Cleanup Day. First, get involved in a local cleanup by joining an event on September 17. The Surfrider Foundation database of local chapters is one resource that may aid your search.

Despite the coastal name, even if you do not live near a beach, you can still get involved! Much of the debris in the ocean began its journey inland, transported by rain from land and rivers to the oceans. This makes picking up trash wherever you are so important, whether that be at your local waterways or highway.

Participate in the local cleanup efforts and use the Ocean Conservancy’s Clean Swell App! This app also contributes to the largest global scientific database on marine debris.

If there are not any local cleanup efforts around you, organize your own on September 17! Our guide on organizing a litter cleanup is a great resource to utilize while planning. This guide provides assistance on location selection, gaining permissions, safety, supplies to bring, and assigning jobs, among other things. Make sure to record your collection in the Clean Swell app, listing A Rocha USA as your group.

Even if you are unavailable on September 17, we invite you to pick any day this month to participate in a cleanup of your local waterway.

The sea is His, and He made it –Psalm 95:5. A Rocha co-founder, Miranda Harris reflects on this verse and more in her reflection for beach cleanup.

“I believe God loves our efforts to clean the ocean, and clear the cluttered beaches,” writes Harris, “He receives it as our worship and our obedience, and in doing it as such, we learn more about him, his world, and ourselves. But the only way to stay hopeful and faith-full in this daunting task is to reflect on the character of God himself. Ultimately it is he who will renew all of creation.”

Share your cleanup photos with us on social media by using the hashtags #ARochaMarine and #ARochaWatersofHope.